Please note that most of our work is deemed essential. We are continuing to operate using the CDC guidelines.

Sump Pumps Before & After Photos 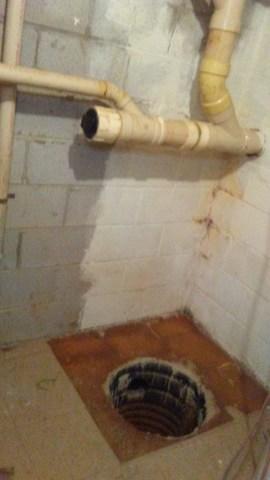 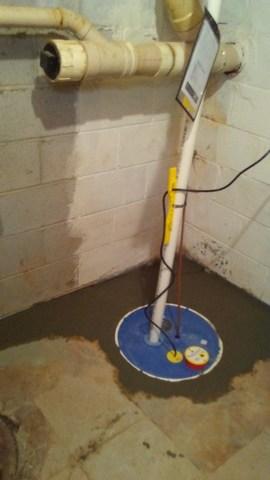 This customer was in need of a sump pump upgrade so we delivered -  in the form of a SuperSump pump system with a cast iron pump, capable of pumping up to 2,300 gallons per hour, a heavy-duty liner with an airtight lid that keeps moisture and critters from coming up into the basement, and a WaterWatch Alarm system which alerts you if the water in your sump gets higher than the point where the pump should turn on, giving you time to address the problem before damage occurs.

Another wise choice by this homeower was our SaniDry Sedona, lovingly referred to as the “Pint-Sized Powerhouse” for its high performance and high efficiency. Small enough to fit in a crawlspace, powerful enough to pull 100 pints of moisture out of the air per day and to move 300 cubic feet per minute (yup, I said minute) of that dry air around your space, and by way of a discharge hose, it automatically drains into your sump system. A true set it and forget it! As an added bonus, the SaniDry’s “duet” filter removes airborne allergens like mold spores, dust and the #1 offender, dust mite droppings!

Although not at all hard on the eyes, this small giant can be tucked away out of site and vented with ductwork into the rooms of your choosing.

Move over store-bought dehumidifiers. You don’t stand a chance against a Sedona!! 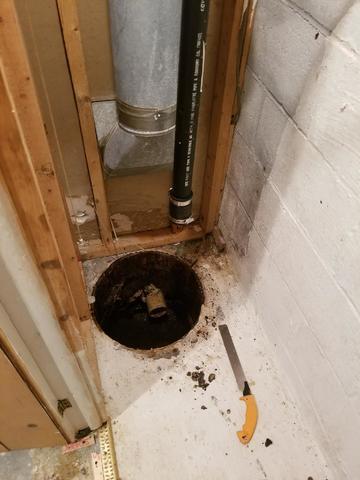 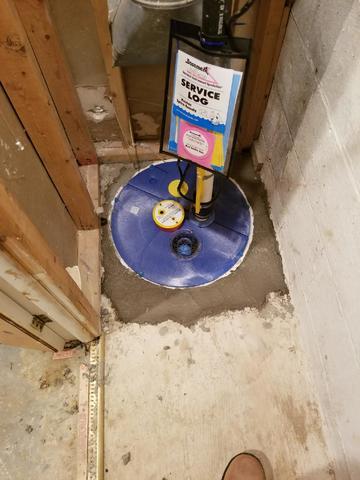 Recent water damage in this basement resulted in wet, smelly carpet, a ruined drop ceiling and damaged drywall that needed to be torn out and hauled away. We replaced the drop ceiling with materials provided by the homeowner and installed our TBF waterproof crown moulding for an attractive finished look that will never mold or mildew. A trench drain was installed at the bottom of the exterior stairs to keep water from rising to the level where it could enter through the basement door. We upgraded the old sump pump, replacing it with our SuperSump system, consisting of a Zoeller M53 pump, with a pumping capacity of 2,600 gallons per hour. In the unlikely event the pump was to fail, the system includes a WaterWatch Alarm that emits a smoke alarm-type sound if the water in the sump rises above the point where the pump should turn on, which allows you time to address the problem before damage occurs. The airtight SuperSump lid sits solidly on the heavy-duty SuperLiner, keeping moisture, bugs, radon gas and odors from entering your basement. The lid is even strong enough to stand on, so feel free to stack items on top of it, if you need the space! 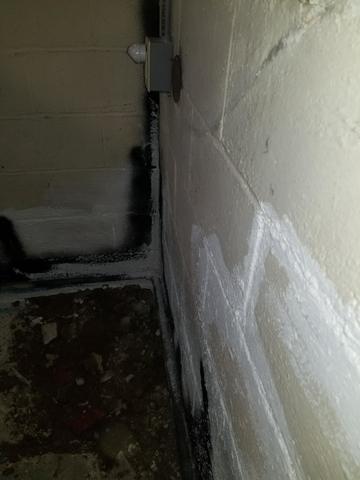 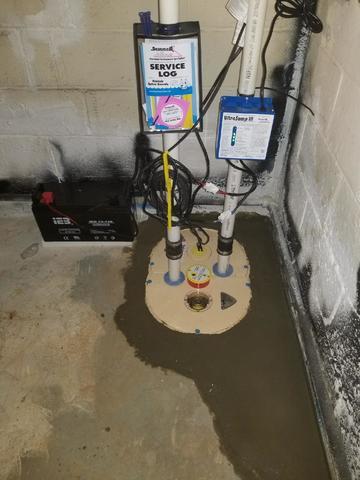 This customer had lived in her 80 year old home for 20 years. Her basement periodically got wet during heavy rains, but during one particularly bad storm, so much water poured in, that after a short time, it was high enough to cover her ankles. Our inspector went out and found that only one wall was leaking, so the installation of 20 feet of WaterGuard was enough to keep the water from coming in. This basement had no sump pump, so we needed to install one. Not wanting to ever experience another flooded basement, our customer had us install a TripleSafe Sump System with battery back-up. As the name implies, the Triple Safe has three pumps. Pump 1 does the majority of the pumping. Pump 2 kicks in if Pump 1 is unable to keep up during a severe storm; and Pump 3 is the UltraSump Battery Back-up system. If you lose power, the UltraSump’s 120 amp power pack, when fully charged, can pump a total of 12,000 gallons of water, at 2,018 gallons per hour. Barring a severe storm that leaves you without power for more than a few days, the UltraSump should get you through until power is restored and the battery can begin to charge again. 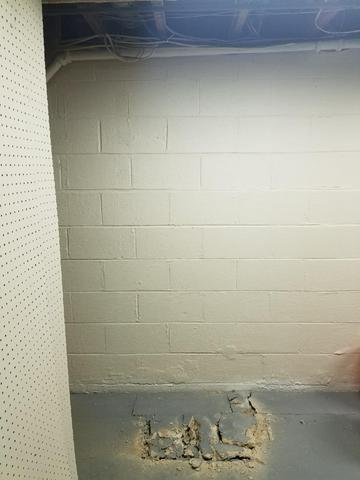 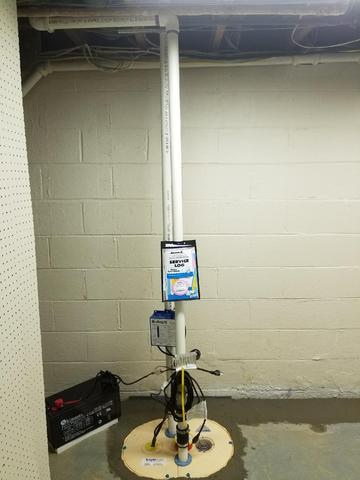 Here we have the installation of a top of the line TripleSafe Sump system.  The TripleSafe is capable of pumping over 6000 gallon per hour and also operate on battery back up in case of power failure.

Total Before & After Sets: 4