The floors above this Glen Burnie crawlspace were starting to sag leading the homeowners to believe the support beams below were starting to fail them. Not taking any chances and prolonging this issue, they reached out to us to assess.  When we got out to the property it was evident that current support beams needed to be jacked up and made permanently stable, their current jack system was made of cinder blocks stacked one on top of the other and it was not able 1. not stable and 2. to support the weight being put on the floor above. The system we used to correct this issue was our SmartJack Floor Support System. 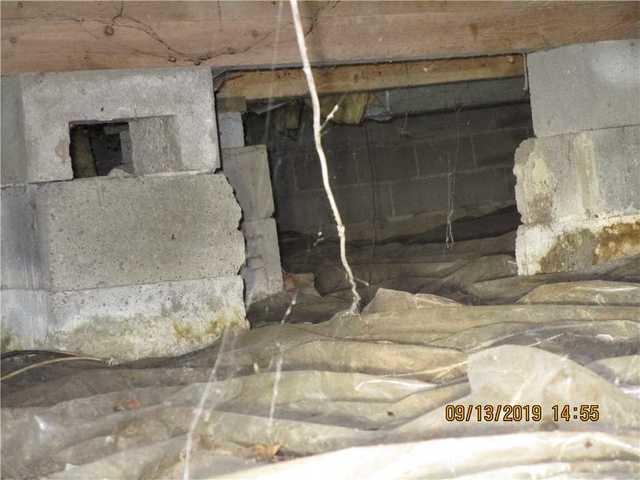 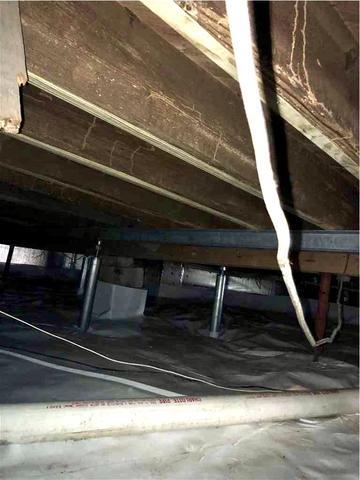 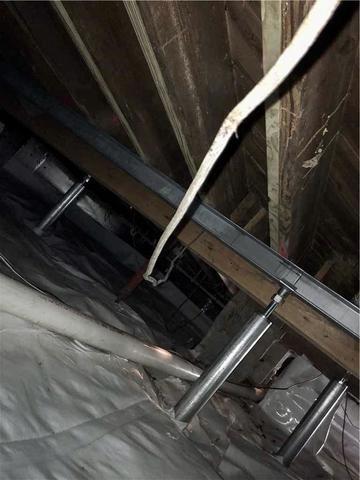 Smart Jacks can be installed with our CleanSpace Vapor barrier, as you see in this picture the CleanSpace is sealed around the base of the jack. 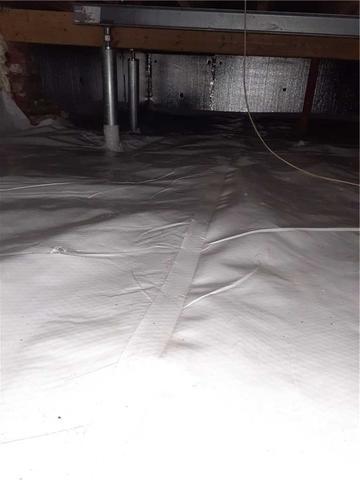 The Smart Jack is an adjustable steel pier that is designed to stop settling and can even raise your floor back to where it was. 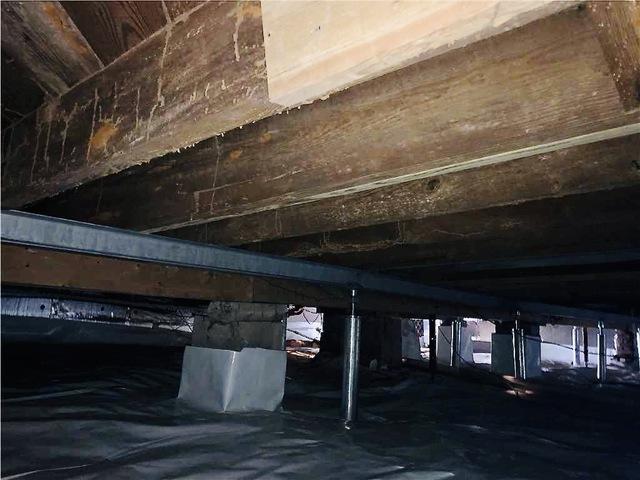 Smart jacks are sized and cut then installed under the sagging floor.