Bowing Walls Before & After Photos 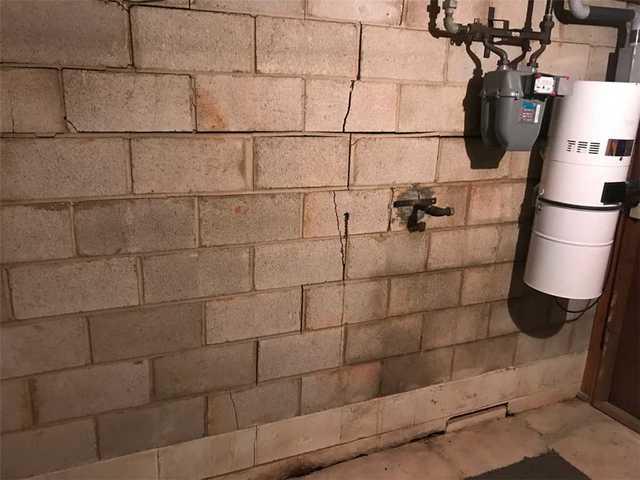 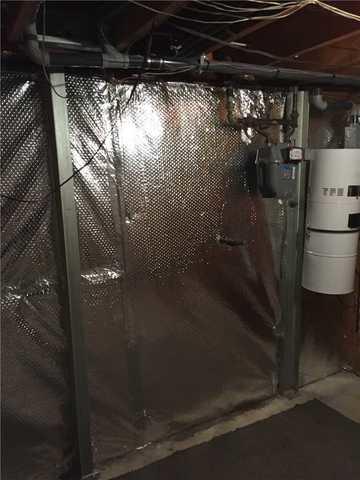 This basement had a bowing wall, causing cracking and separation of the block. We installed the PowerBrace wall stabilization system to permanently stabilize this home's foundation wall. It comes with a 25-year warranty against further bowing, tipping or shearing. In addition, this system has the ability to be tightened periodically over time, putting reverse pressure on the bowing wall which helps to straighten it.  We also installed ThermalWall vapor barrier to keep moisture out and the warm air in. 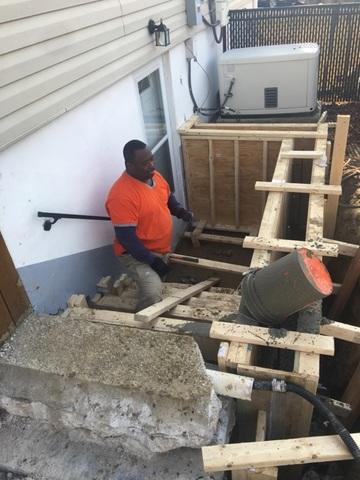 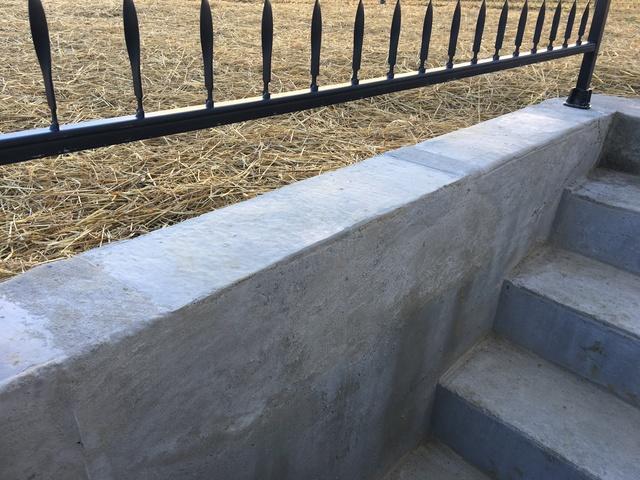 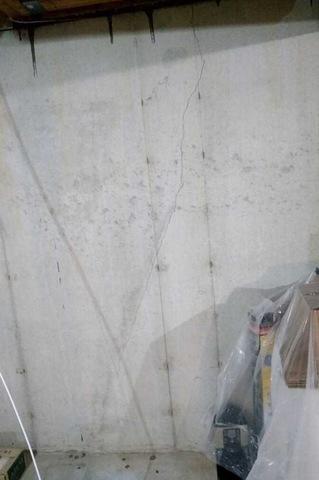 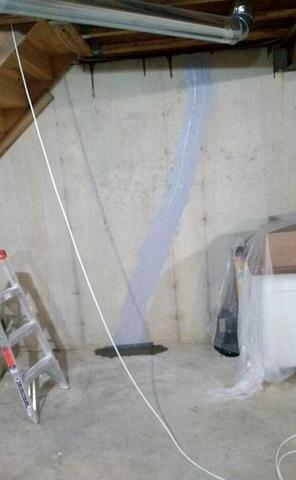 Customer had a few cracks along the basement wall and when it would rain, water would seep in through the cracks. To take care of this we used our pattened product called FlexiSpan. Flexispan is a 2 part system, a crack sealant and a hidden, drainage channel that directs any leaking water to your sump pump. The drainage channel is permanently sealed to the foundation, and if there is any wall movement, the channel will flex with it. 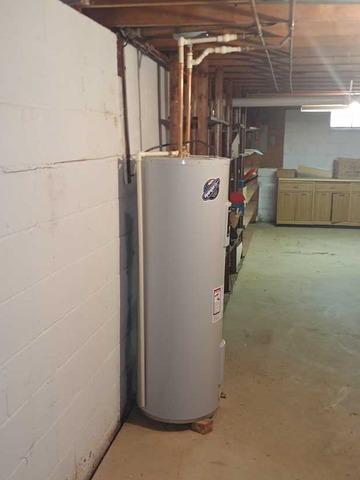 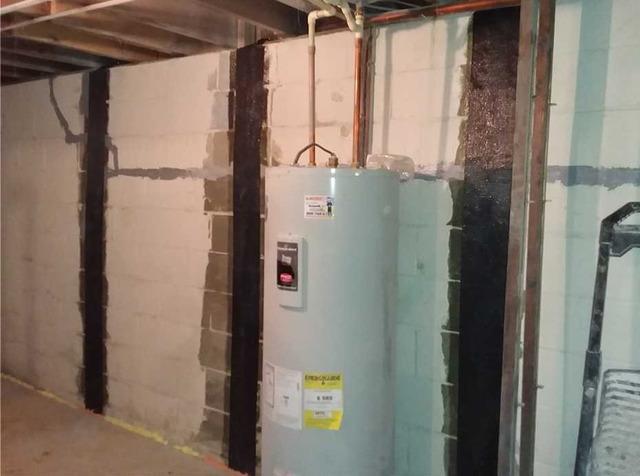 In order to put this property on the market, the customer had to take care of the horizontal crack on the foundation wall. The solution for this foundation repair was our Carbon Armor Wall reinforcement system.

We used 12 Carbon Fiber strips which are made from fiber-reinforced polymer that's 10-times stronger than steel which strengthen and stabilize foundation walls that are bowed or cracked and our ArmorLock system which stops inward wall movement by connecting the CarbonArmor fiber strips to the homes perimeter framing. 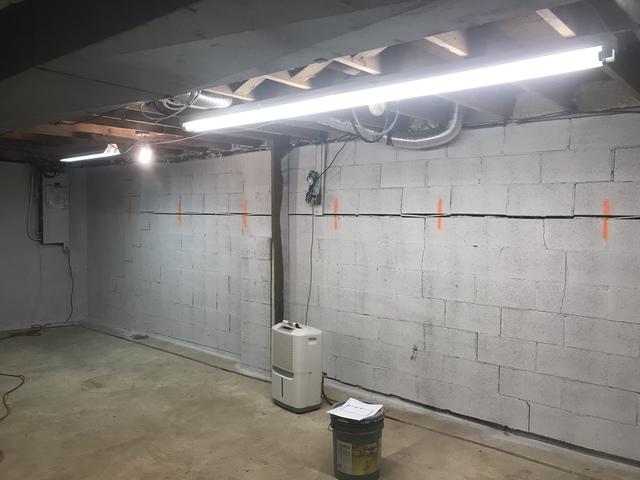 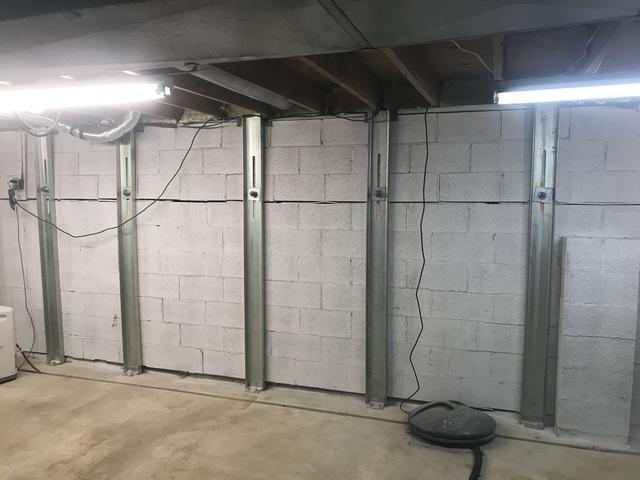 The GeoLock Wall Anchor System is the best solution for bowed walls. This dead-man anchoring system is capable of reversing the pressure and stabilizing the wall. The GeoLock System has three main parts: a 9-foot threaded galvanized rod that extends out to the exterior ground anchor - a galvanized steel plus-sign-shaped plate which gets embedded in stable soil, away from the foundation of your house. The other end of the threaded rod goes through two steel channel anchors plates - one plate is attached on the exterior side of the wall, the other, in the exact location on the interior (basement) side of the wall. There is a bolt attached to the end of the rod that enters your basement. When that bolt is tightened, it creates reverse pressure and holds the wall securely in its current position. However, when the soil outside is very dry, the bolt can be tightened more to straighten the wall, and over time, the wall may straighten to its original position. Very cool indeed! This home in Elkton needed 10 anchors to repair the wall.

Total Before & After Sets: 5